Navigating The Investment Landscape Through Crisis 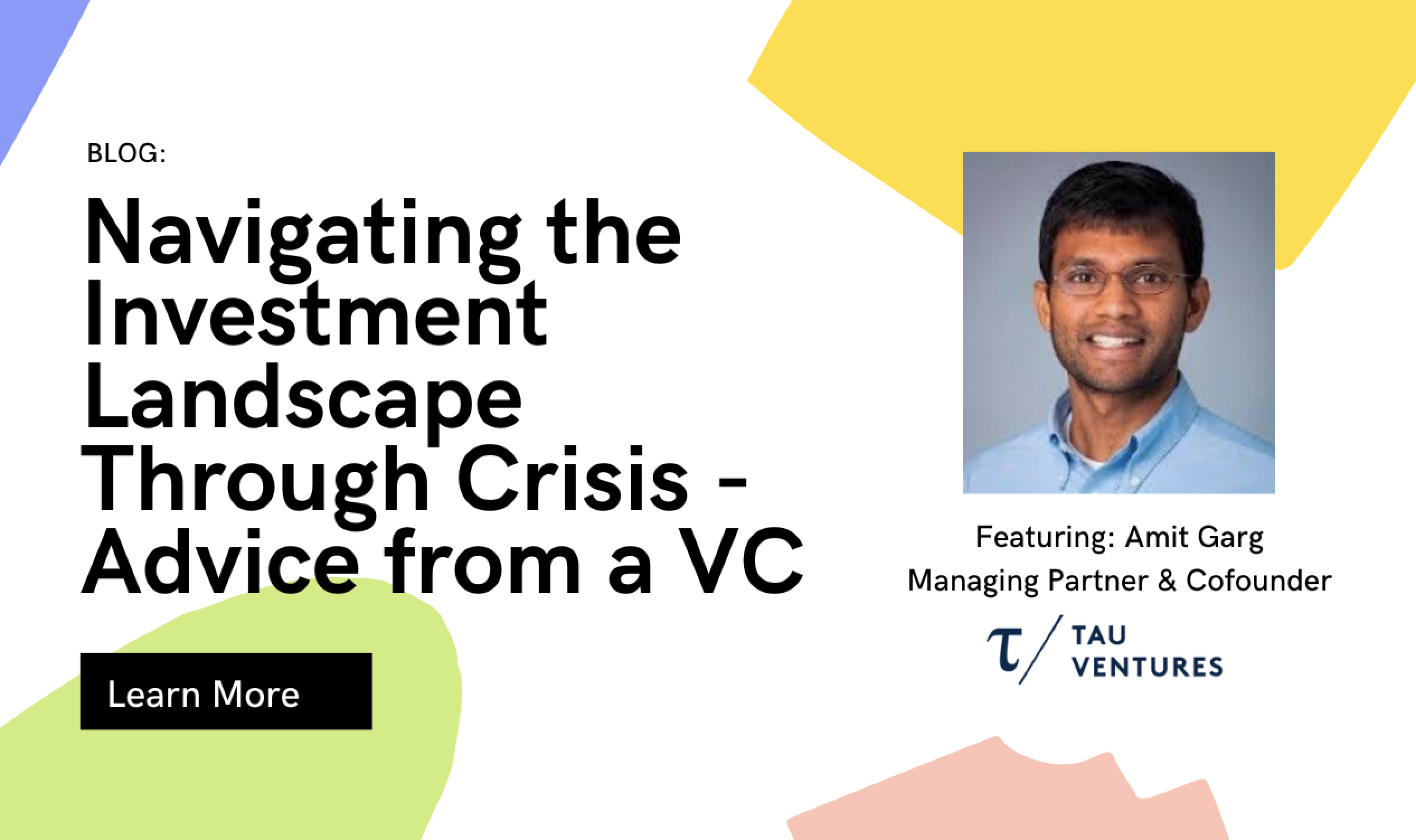 COVID-19 has been an unprecedented time for our friends, family, employees and businesses. Even though the government passed a $2 trillion stimulus package to assist millions of Americans and companies through this crisis, the challenge remains navigating the current landscape.

Recently I had the pleasure to sit down with Amit Garg, Managing Partner and Co-founder of Tau Ventures to get a perspective on the current investment landscape and advice for startups on managing through the current crisis.

1. What is the overall sentiment for investing in early-stage startups?

Across the spectrum everyone is more cautious, as expected. Majority of venture capitalists (VCs) have shifted their focus to existing portfolio companies, specifically assisting existing companies through this challenging time.

2. Which verticals will emerge unscathed from this crisis, if any?

Given the current climate, there is certainly a shift in sectors and investment prioritization. Specifically there is a lot more excitement about health and automation verticals, with services such as telehealth,  production of food through cloud kitchens, etc. Many funds are doubling down on the healthcare vertical given the current need for services.  For example, If a fund previously invested 10% into healthcare companies, that fund now could double down and invest north of 20%.

Not to say that if you are in a different vertical that you wouldn't get funded. It's just that the world's attention right now, more than usual, is on healthcare.

So is healthcare recession proof? Not quite, as there are still plenty of hurdles within healthcare that are significant compared to other industries (for example consumer industry),  such as long sales cycles, federal regulations, etc. Overall healthcare requires diligent execution and significant expertise but it provides a much more stable form of growth, and most often can result in an exit for companies.

3. Which verticals will subside as a result of this crisis?

Consumer and demand-driven verticals are under pressure.  The crisis created an unprecedented count of unemployment in the US and globally and consumer spending will be lower for a while, even with a $2 trillion stimulus package. It will be a while until we come back to the same level of  individual economic output as we had prior to the covid-19 pandemic. So if you are counting on businesses that center around consumer demand, specifically  travel, hotel, restaurant, etc. they will be drastically reduced for a while. While none of us have a crystal ball,

” if the past is a teacher of the present and guide for the future then it will be at least 12-18 months before we get back to the same level of spending and stability as we have prior to the crisis.”  Amit Garg of Tau Ventures.

4. Given the current state of affairs, what metrics do you use to determine if a company is worth the investment?

Metrics have not changed - it's just the weight of metrics has shifted as we adjust to a more unstable market. If you are a founder or an investor then these should all sound familiar to you as you probably recited these metrics over and over again, throughout countless meetings including: ARR, ARPU, CAC, LTV, LTV/CAC ratio, churn, burn, runway, etc. Here are the three metrics that VCs care even more about right now:

5. What advice would you give to startups to get through this unprecedented time?

“Every entrepreneur is a doer and a dreamer with a lot of heart and soul.” Amit Garg of Tau Ventures.

Seed stage entrepreneurs, recognize when you should be fighting to live another day and when to pause, hibernate, come back and build another company in the future. Right now is a really tough time, and it's important to lean on your investors, co-founders and people you trust within your ecosystem for advice.

Don't give up without a fight - as the best companies are disproportionately created during times of crisis. Stay resilient - as companies that make it through a crisis tend to be more culturally resilient, learn to better manage themselves and aggregate more competitive talent. There is no shame in failing, the judgement is to recognize whether to go forward or fold.

Amit Garg is a Managing Partner at Tau Ventures, a seed fund in Palo Alto focused on applied AI in digital health, automation (cars, drones, robots), and enterprise. Amit is a Silicon Valley veteran, who worked at Samsung NEXT Ventures, co-founded a startup called HealthIQ (as of May 2019 raised a $120M series D and was valued at $450M), at Norwest Ventures, and worked in product and analytics at Google. Amit holds a MS in biomedical informatics, both from Stanford, and MBA from Harvard. 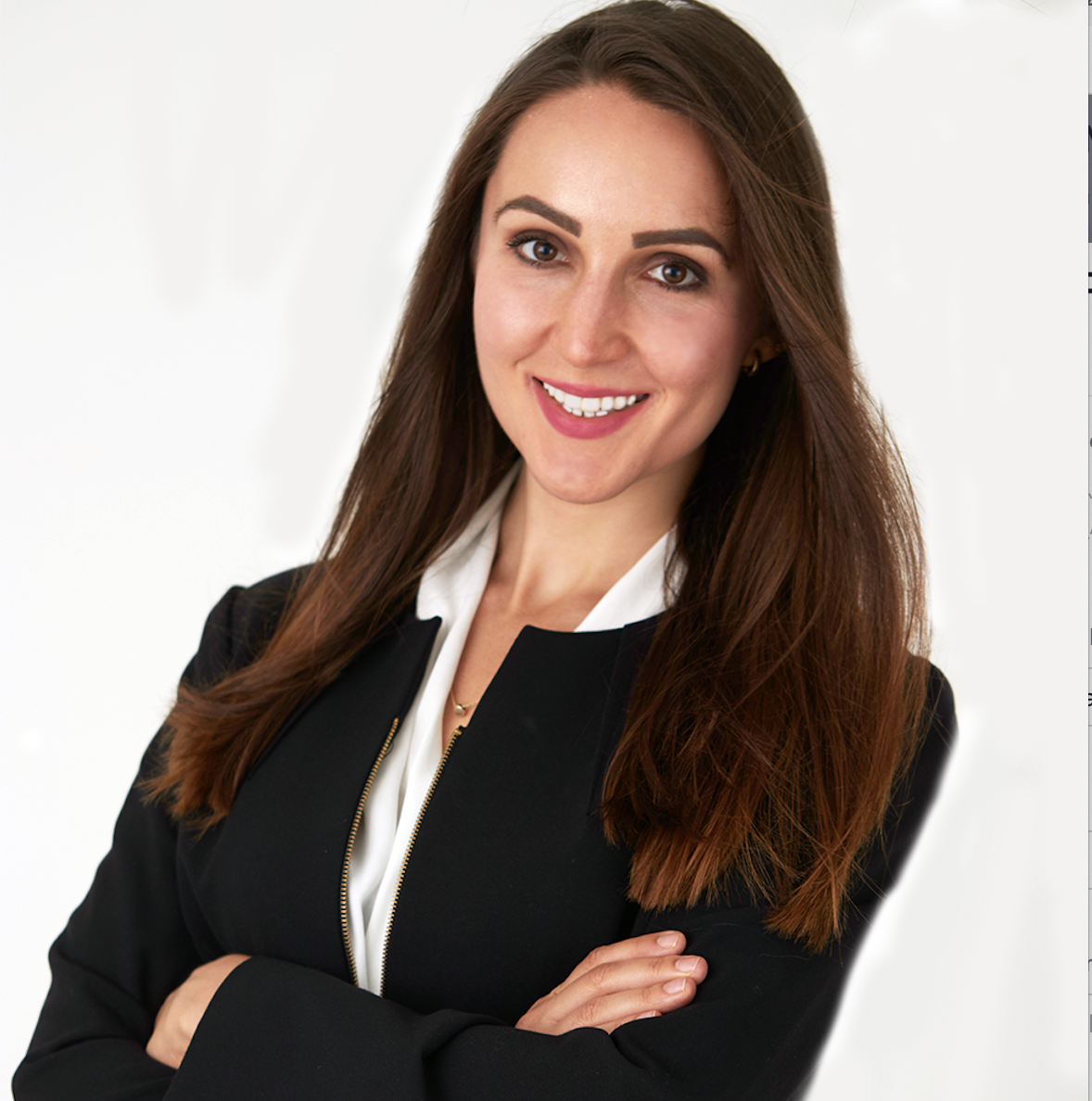